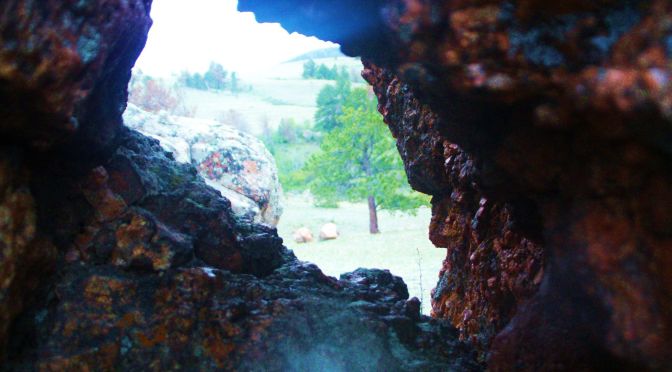 When was the last time you actually took a risk?  A semi-calculated one.   You may have spent an hour or two contemplating that risk… and then randomly stumbled on a quote by, say, Mark Twain; such as,

“Twenty years from now you will be more disappointed by the things that you didn’t do than by the ones you did do, so throw off the bowlines, sail away from safe harbor, catch the trade winds in your sails. Explore. Dream. Discover.”

And upon reading such Truth… you may make some silent commitment to jump off some philosophical edge, into some hypothetical unknown; all the while hoping for the best, but sort of expecting the worst.

Risk and Faith are not at all mutually exclusive… and they are adaptogenic in a sense.  There are big Risks, and small risks.  Big Faiths and small faiths.

When was the last time you took a small risk?  Maybe you left the wet laundry in the washer over night; taking the risk the laundry may smell like grossness.  And perhaps that small risk was in small faith… of course it will smell like mildew tomorrow.

Maybe you have taken a Big Risk that requires Big Faith, like quitting your job with no real savings and no fall back.  Maybe it’s moving to a new town, or having a baby.  These are hypothetically Risks with Rewards.  You can focus on all the things that may not work out, but the risk is worth taking the chance; the feeling of excitement overrides the fear, and it’s “game on.”

At times it can feel as though our modern society is embedding inside of us a fear of taking risks, and that risks are strictly categorized as something negative.   Think of things like “Risk Prevention.”  The etymology of “risk” circa etymologyonline.com says;

So what we see here is that risk is directly attributed with “danger.”  And risky behavior is deemed dangerous.  “Dangerous” is also explained on the same site;

In Chaucer, it means “hard to please, reluctant to give;” sense of “full of danger, risky” is from late 15c. Other words used in this sense included dangersome (1560s), dangerful (1540s). Related: Dangerously.”

Clearly we can associate risk with “difficult people or situations” and yet “danger” is a double operative when it comes to avoiding  strict binary.  “power, power to harm, mastery, authority, control” .  It appears that danger is neither positive or negative, it exists in its autonomy, truly only influenced by our perceptions of outcomes.

These are not words we would directly associate with danger as we know the word in the modern world.  But if one takes Risks which could be deemed Dangerous, inherently that person is taking on self power, authority or control, that will potentially lead to difficult, arrogant or severe outcomes. Perhaps that is when Faith steps in; when you believe enough in yourself or your actions to project positive outcomes.

Let us look at the etymology of Faith;

From early 14c. as “assent of the mind to the truth of a statement for which there is incomplete evidence,” especially “belief in religious matters” (matched with hope and charity). Since mid-14c. in reference to the Christian church or religion; from late 14c. in reference to any religious persuasion.

And faith is neither the submission of the reason, nor is it the acceptance, simply and absolutely upon testimony, of what reason cannot reach. Faith is: the being able to cleave to a power of goodness appealing to our higher and real self, not to our lower and apparent self. [Matthew Arnold, “Literature & Dogma,” 1873]

From late 14c. as “confidence in a person or thing with reference to truthfulness or reliability,” also “fidelity of one spouse to another.” Also in Middle English “a sworn oath,” hence its frequent use in Middle English oaths and asseverations (par ma fay, mid-13c.; bi my fay, c. 1300).

“To Trust.” is the basics of Faith.  One must trust in themselves in order to engage in Risky actions which could or could not be Dangerous.

People do this to small degrees every day.  Like, blowing through a red light at an intersection.  That is risky, and dangerous, but perhaps you go because you have faith there isn’t a police officer around, and there doesn’t appear to be anyone in or near the intersection.  You use the judgement that you’ve never had a problem doing this before, why would today be different?

Sometimes we engage in miscalculated risks, and rely fully on unfounded trusts.  Sometimes it doesn’t work out, but usually it does.

Our bodies are amazing creations that give us a heads up when it is okay to take a risk and when it is probably not a good idea.  We are constantly told what we “shouldn’t” do or be doing, it’s easy to feel like  any little mis-step will land you in jail, or on some watch list.  So, people forget that feeling that the body gets when a good opportunity comes up, because the fear of the unknown arises and squashes the positive potentials.    We tuck ourselves back into our safe little boxes, ignoring the call of the heart to break free into that unknown, and see what good may be there.

I’ve always been a risk taker.  I’ve taken the long and hard route.  I’ve loved it, even at it’s worst… I have loved the flutter in my chest, the expansiveness it catalyzes in my brain, and the invincible freedom of faith that swells in times of uncertainty.  I don’t take many risks these days.  I feel like caring for my grandma, makes risk taking harder to do; still that hasn’t stopped me.

My most recent forays in risk, were applying to TedX Cheyenne, and being chosen as a speaker; for when I applied, it was on a lark after having a couple of whiskeys.

Nextly, I applied to Coding and Design School.  This decision was made from a panicked feeling.  A fear feeling.  It was borne of the insecurities brewing beneath surface, when asked by family members “what are you going to do, after your grandma dies?”  Or flippant statements like “These are your best money making years.”

I was buying into the fear of others, being directed at me. I was having a dip in my faith in myself and the process I know to flow without my guidance or want.  I paid the fifty dollar application fee, jumped through the hoops, spent more than a month waiting on an interview; and finally the day came and went without pomp or circumstance, and three days later, I had my answer.

I had never been happier to be rejected from something before.  I was really high on the idea at first, but as the time went along, I really wondered why the hell I would want to get into that field.  Part of me justified it, because I am always at a computer, these days, anyway.

But did I really want to go?  Did I feel it in my heart as a risk that I was really faithful in? No.  Not at all.  And I wish I could articulate how relieved I was when I opened that rejection letter.  I am so very serious.

When I take a good risk, I feel it, in my heart, and my mind aligns with it.  It goes for the ride.  My brain is like “You got this, let’s go.”   And my heart is all like, ” Cool, thanks for the support, let’s do this!”  And off we go, and everything unfolds, and sometimes there is danger, but because I feel the goodness, I turn that around… BOOM, a life shifting story.  A chapter of experience, and “Look at me, I am still alive at the other end!”

Almost any risk can be turned for positive outcome, if you have the tenacity and heart for it.  I am sure I will be writing more about some of my past risks, my relationship to faith and their outcomes.  Hopefully it will inspire you to explore some of your own risky behaviors, and how they have played out for you.  Maybe you will feel like taking a good risk tomorrow.

Faith be with you.