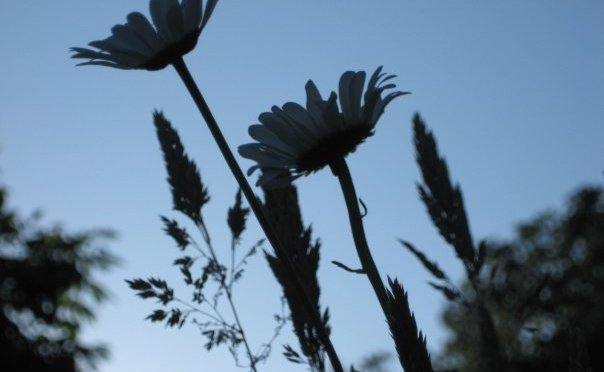 If you are anything like me, over your life time you have probably been attracted to lifestyle choices that percolate the senses as potentials; but these potentials end up sitting at the back of the mind as “coulda, shoulda, woulda’s”  versus actual experience.  Actual choices to follow, intrigue and perhaps create an elevation in heart rate.

Maybe it was that group skydiving opportunity that you backed out of because of the excuse, ” You guys are going to be so high afterward, you will definitely need a designated driver.  It’s not safe to drive high, even if the cause of the high is of natural origin.”

Maybe it was that party you left an hour after you got there, because of self perpetuated anxiety.

Maybe it was that exotic trip your ex wanted to take you on, but you didn’t go because of pride at not being able to pay your own way;  or the scholarship you didn’t take to stay closer to home; or the skipped chance to talk to someone you have admired from afar.  Maybe it is the realization that you never decided to go your own way justifying it as “your own way.”

It’s okay, we are all walking contradictions.

In my youth, I wanted to do EVERYTHING.   And since I was pretty good at whatever I tried, I wanted to be top game in all of it.  I wanted to be an actor; an artist, a writer, a marine biologist, and a youth drama minister.  I wanted to surf; snowboard, climb Kilimanjaro, visit Marianas Trench, cure cancer, skydive, survive an avalanche,  fall in love with my soul mate and CONQUOR the Apocalypse.

Well, I have done very little of what I had in mind so many years ago… in fact, I completely derailed from most of it.  In so, it poses the more expansive question of what and who we are in relation to our (supposed) programmed desires; organic motivations, cyclical shifts, self awareness and evolving experience.

Humans are such an interesting bundle of nerves and chemical reactions, programs and fascinations.  Each one of us, an individual with infinite potentials left to definition by our own Will and Mind.

Pop culture references the “Will Power”, oftentimes as a way of perpetuating or stifling derelict behavior. A “Do what thou wilt,” philosophy.  An aggressive society bound on confrontation but hesitant, reactionary, and over all in avoidance of consequence.

Many people gauge their own Will, on what they are, or are not willing to do.   This is how Will and Choice, turn a lazy human into an obese couch potato.   Or a compulsive into a manic, or a “normal productive person in society” to a crushed up and dejected mess of human.  Or vice versa.

This is how that hot person from high school, who was super thin, could evolve into an obese couch potato, get sick of themselves and find the initiative to transform into a marathon runner.

The “Will” is the strength to make a choice, stick with it, and force results.

One can be “willing” or “not willing” to do something, both are choice .  Each choice carries a weight; some choices weigh more than others.  Part of the weight of choice, is made up by consequence.  Consequences can be positive or negative.  And contrary to what you may think about the scales, negative consequence weigh more, physically,  than positive consequence; but positive consequence require a more  skillful and willful spiritual energy to move.

In our couch potato scenario; everyday he notices he should go out side and doesn’t (choice to avoid organic motivation).  The positive consequence is, he feels better about himself… and his body actually becomes lighter. But by staying still  (not making an effort to move) he is still making the choice to sit still; he makes it easier on himself to make that same choice the tomorrow, just out of repetition alone (no choice  but to follow an easily  programmed desire).  He may or may not be aware (self awareness) that in that moment of decision (or lack of decision), he is programming himself for future behavior.  If he later over rides his own complacency and takes action to change his behavior (cyclical shift), he can then process the reasoning for his past choices, thereby evolving his experience through awareness and shifting outwardly.  There is a consequence to everything.

Without awareness and cyclical shifting it is easy to damage ourselves, much in the way that if your body tells you to go pee, and you ignore that message repetitiously you can severely damage your bladder and urinary tract.  The effects may not be noticeable right away, but over time they will become unavoidable.

When the weight of weak or (bad) choices accumulate and become unavoidable, a few things will potentially happen at or around the moment that cyclical shifting overrides the decision center.  For instance to either give up, or  redefine ones self.  To submit or fight back.

Will and Choice have a lot to do with a persons ability to recognize their own rock bottom, and then decide to consciously ride the delicate balance of decisions and desire to exist in some place in between.

If the lazy person, sits in his laziness and thinks to himself “I should go take a hike, it is nice out.  But I don’t really feel like getting up.”  and stays, sitting in the same position he was in before he internally noticed his own organic inclination; he is making a choice and he is using “Will.”  However  “Will” in this situation is not one of strength, but rather of complacency.

His Will is weak, and so therefore he doesn’t even recognize the voice of his own Intuition telling him where he should go next.

It is a lonely place to be, when One has a weak Will and only a whisper of Intuition.

To strengthen the Will is not an easy task, and it doesn’t all change over night, especially if it hasn’t really been utilized in some time.  Sometimes Will has to say ‘no’.

No, is a powerful word against enabling behavior.  No, is often misused.  There are so many opportunities to be had in this world, and a majority of people still say No, when they should be saying YES!  And in turn, saying Yes, when they should say No.  Few teach us what that looks like., with any semblance of health.

There has been a program of Fear and Lack that leads to the assumption that there is neither Time, nor Security in Chance.  That we must toil away for this Security and Safety.

I’ve observed that most people don’t know any different, because they haven’t ventured into that experience with any sort of Hope or Faith or Good Will, and it can be hard not stand in judgement of that, when that has been one of my singular most focused saviors of purpose.

We all find our way through Will, Desire, and Patient Perseverance.   We each get some seeds of each to cultivate.

Some bury their seeds deep and reap the benefit with little effort;  others, squander those seeds away. Some find loving help in growing, and others fail in the beginnings of cultivation, and are gifted a second chance to re-seed along the way.

Me?  I want to share seeds.  I want to see my own seeds grow.  My “Yes” may be your “No” and vise versa… but I am not here to judge what that means, only to assist you in growing your garden with what I have learned from tending my own.  It might be kind of shwag in some areas… It might be thriving in others. May we share our tips and tricks in order for abundance to grow.