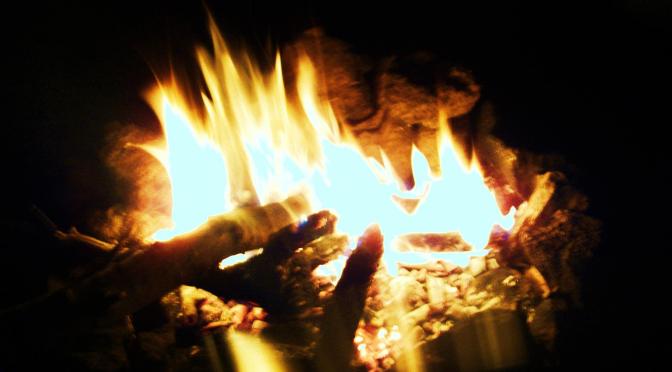 Today I feel a little bit different.  Last night I went through pounds and pounds of old papers and journals.  The things we choose to hold on to, can be astounding.  I had pages of directions for locations I have been to, disconnected numbers of old friends… even pages written by owners of notebooks that came into my possession.  Most of the writing has some heavy emotional tie to it.

As I started sifting through these remnants of the past, I was hit by how much of this emotional baggage I have been carting around for the last ten years.  I try to keep my load light just as a rule, but I was literally weighing myself down with pages and pages that had no real additive to the over all story.

My dreams were even effected by my actions, and I woke up feeling lighter than I have in a while.

I know through experience that clearing out the old, makes room for the newness.  Sometimes it is an easy thing to forget, as we become attached to the objects of our desire.  But soon we are reminded of discernment and to sift through the accumulation to find what really matters.  A clear house, a clear mind. 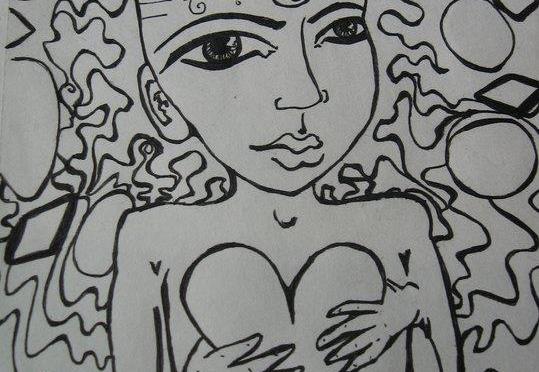 Seriously… what if you found out you are an angel?  Think about all the ways that revelation could go down.

I mean, you have to think that however the big reveal goes, has to be in alignment with the shock and acceptance of the Angel being revealed.

I suppose there would have to be a recoup period… unless they use tactics which play to  strengths within your acceptance… it would probably have to start with the Ego, and use it as an asset.

Right now, all I can think about is cinematic “ghost reveals.”  It always seems people have a hard time finding out they are dead, especially when it is in the movies.   I can only guess that finding out you are an angel is even more traumatic to some degree.

I mean if you find out you are just a stagnant spirit your options are limited…. Angels…. whew… they have BIG personalities… wings…potentially asexual genitalia….ACCESS TO HEAVEN…. big job those Angels have.

So you find out that you have A BIGGER JOB WITH MORE RESPONSIBILITIES THAN YOU DID AS A HUMAN….. What the WHAT?

I know, I know…. it’s because when you think of Angels, you think of Heaven, which seems like it should be super chill and less heavy on responsibly….  But then your big Angel brain is all like, “whoa, Heavy, heady, and Heaven all start with H-E-A… and ‘V’  SOUNDS like a ‘D’ in SOME LANGUAGES…..”

That is when shit gets fucked.

Your brain starts making all these far out connections, because now you have access to the furthest reaches of this perceived Universe….

After decompression comes debriefing.  And that is like the best boring class of EVER…. you leave feeling really ENLIGHTENED… but completely Carfunkeled…. because your heart and brain and now working in tandem with your Spiritual Ego… and it is down right frightening.  Not scary like, but just WHOAH, holy crap, WHOAH! energy pouring out of your words and movements…. it would be a lot to get use to.

Lucky for Angels, time is not perceived as it is here in EARth, so this works to everyone’s advantage.

You go through Angel training camp… learn the ropes… get eased into those wings.

Next thing you know you are back on EARth but in a different way… and to everyone else it is but a blink of an eye… because Time isn’t what anyone thinks it is….

And you stand there, where you left but a blink ago, a different Hue-Man.  Only to be reborn in a moment with some new comprehension of your place, space and face….

Things look the same and some how different.  It is refreshing with this new sense of height; the ability to separate and still be connected.  The experience of  renewed purpose with out a solid definition… the ability to work with the Ego and not fight it.

Words change as they flow from your lips because in this moment, EVERYTHING has meaning… and Nothing is separate from the Whole.

The mission of the Ego shifts to accommodate it’s comrades of Consciousness, Truth, Compassion and Love… The rule book changes to alleviate suffering in an uncommon and New way.

Finding Divinity presents itself as worth while and rewarding.

Just imagine, if You found out You are an Angel.