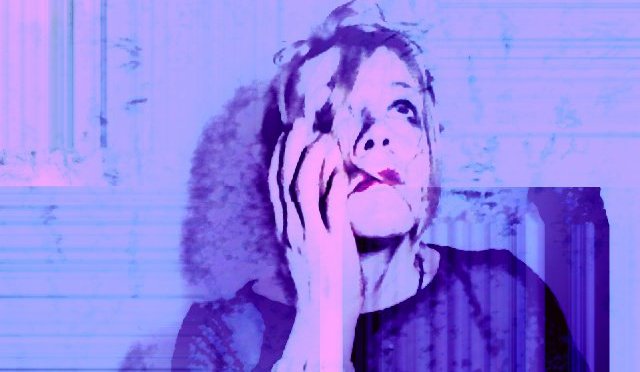 She is soulful and silently chiding this estrangement.  Echoes ring inside her mind with aching pains she refuses to hide.

Losing Self, to Inner Peace.

Crawling from light into a place where warmth is first.  Catching a glimpse of shadows that please the mind.

We were simple once.

Conversations build elation, a mirage painted like a mural upon a crumbling wall.

What is this for?

Commotion, corruption; what is the difference?  Nothing more than a few letters.

Meanings lost upon the wind, patterns blown into the breeze.  Wild hearts seek a master, someone to tame their wiles, their reckless ways.

A child seeks the mother he never had.

We wrestle alone and pile upon word after word, leaving nothing but marks and bruises, barriers and walls.  Everything is lost in translation.   Everything.

“Who are these friends of yours?”  She says this with trepidation; she knows the place they hold.  They are the life within you; the death within her.

Loyalties and Royalties, another space filling another void that did not ask to be filled.

He never asks to listen anymore.

She thinks you’re afraid to hear the words between the lines.  You want to leave, to roam, and be free.  But these strings have been tied, waiting behind  each, a pair of scissors ready to take care of problems.

Flying from one wrong end to another, basing the same old ideas off the same old feeling.  Always using the same distinctions to discuss old conversations.  Tears can be recycled like yesterdays newspaper.

“No one will understand you, and those who say they do, are only acting.”

You are breathing verbiage that stinks.

“This word is defined the way I choose!”  says The Law.

Who gave anyone the right to change, to alter definitions?

Eat, sleep, dream, and fry your brains on anything.  Feel the circulation creep into the dark spaces, the dank places, the cold recess’ inside.

She isn’t me,today, yet anyone acquainted with pain will know this Place.